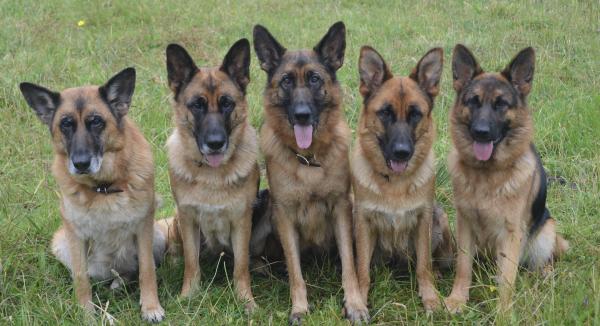 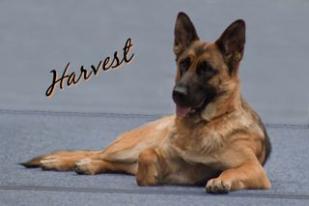 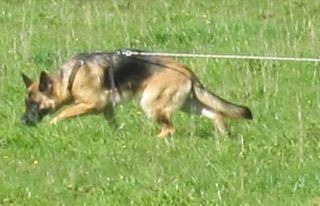 Harvest gained her OBEDIENCE GRAND CHAMPION title at the last show of 2014. By six years old Harvest had achieved a lot. She gained her breed champion title taking two group awards at the same time. She has had numerous obedience test wins including Top Central Region Novice dog for 2009, and gained her UDX (Utility Dog Excellent) qualification just 10 days after turning 2 years old (Minimum age to compete is 2 years). She went on to gain her CGC Gold, and her RE (Rally-O Excellent) title. Harvest gained the last Challenge Certificate needed for her Obedience Championship title in July 2012, then in August 2013 she gained her final TDX to add Working Trial Champion title to her achievements. This makes her the third generation of TRIPLE CHAMPIONS.  Harvest’s sire –Yusha- and granddam – Mint - are both triple champions the only german shepherd triple champions in New Zealand.

Harvest is a very calm loving dog who gets on well with both dogs and people.
The photo of Harvest lying down was taken during a National competition out of sight stay, and shows her true nature - calm but alert 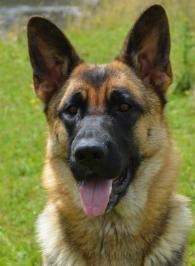 At two years old Jarrah had won out of Novice and Test A obedience, represented Central Region in National competitions and gained her CGC Gold.  She gained her UDX title just 10 days after turning 2 years old (minimum age to compete in a UD Trial, following in her mothers footsteps as she did the same!) She gained her CDXSilver and won her 4th Test A at the last show for 2014. In 2015 she represented our region in the prestigious Inter region competition and won her class. She then went on to win Test C and get her first challenge.  In 2016 she had a break to raise a litter of six puppies - the P litter of Sarelle, then shortly after gained her Obedience Champion title. She has matured into a lovely willing working dog.

Jarrah gained her Rally-O Championship in 2018

Daughter of Harvest and Aust & NZ Ch Oakway Quiz Master.  She is a dynamic force in the obedience ring.  She won her class first time out, and has continued her winning way. She has gained her Canine Good Citizen Gold (CGCG),and CDXGold. She was 3rd in the NZ Top Obedience Dog Award 2017 (over all of New Zealand) and gained her Obedience Champion title, and is now working towards her Obedience Grand Champion, and in 2019 her Rally O Champion title 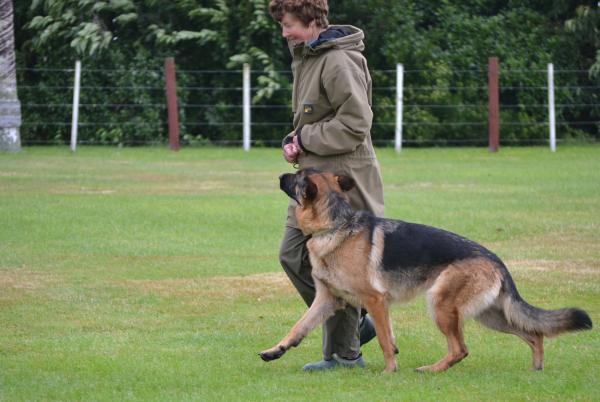 2019 was a great year for Pryde, she went from a Test A dog through to an Obedience Champion with 5 challenges, and was 4th in NZ Top Obedience Dog.

2020 Pryde became a breed Champion which shows she has both brains and beauty.

Her first litter to Officer Jethro is achieving great things -

Her daughter This is Cyro (Cyro) has won out of Novice obedience already.

Pryde finished as number 14 in the NZ Top Obedience Dog 2018.  She was entered in a very limited amount of breed shows and gained five CC's and 2 Intermediate of Group. 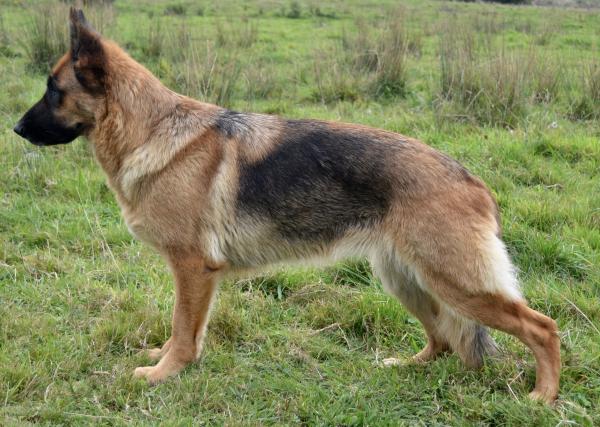 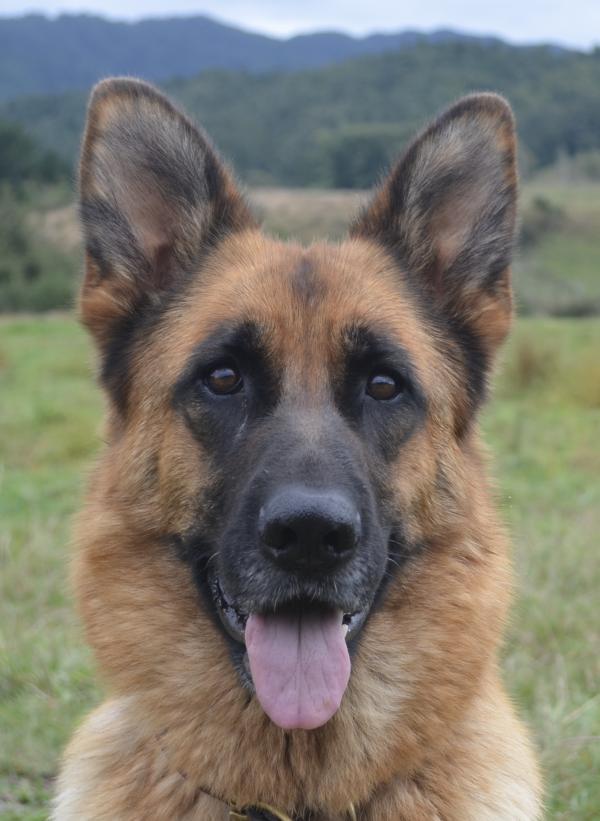 Rhyhm is the daughter of Mistical Saffron and Veneze Ricardo (Imp UK).

A very pretty and enthusiastic youngster she has just started competing, taking a RBOB in one of her first breed shows, and gained wins in Novice and Test A obedience and in Rally O. 2020 saw her win an Allbreed Best Intermediate in Show 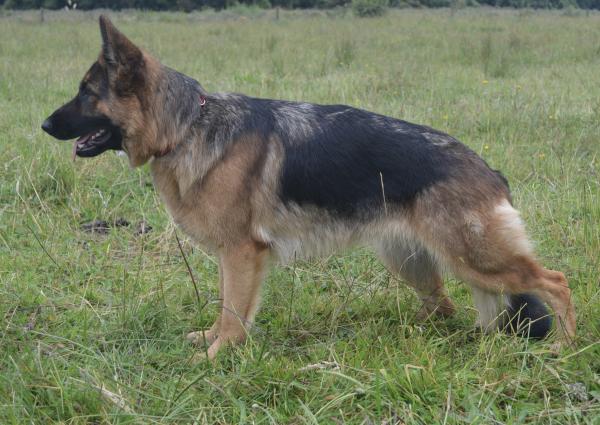 This is Cyro of Sarelle

Cyro is owned in partnership with Katrina Roebuck, and will be mated late 2020. Cyro is working well in obedience and has progressed to Test A. She is also being shown in the breed ring.She has a very enthusiastic nature. 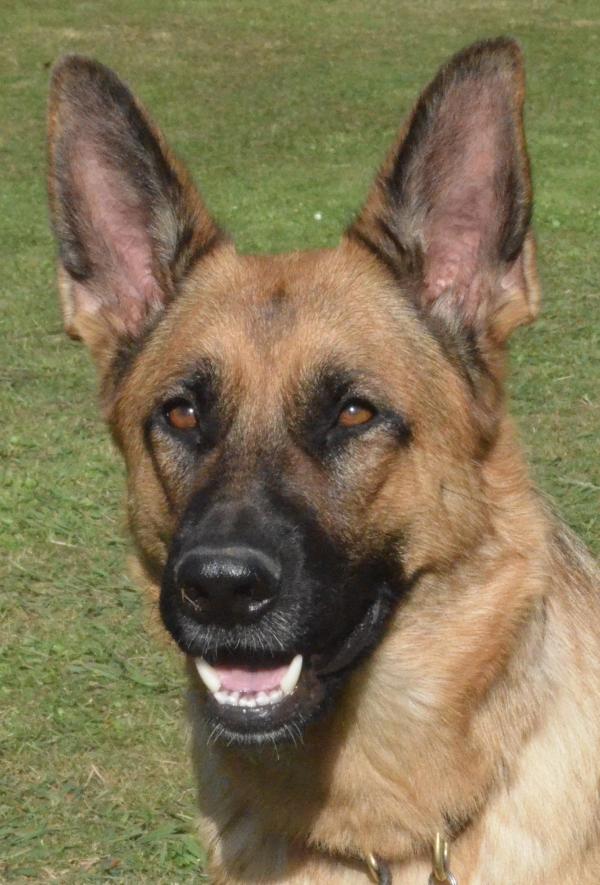 Paighan is co-owned and is available at stud to approved bitches.  He has sired one litter to date - the U litter of Sarelle. Paighan is the sweetest natured gentle dog 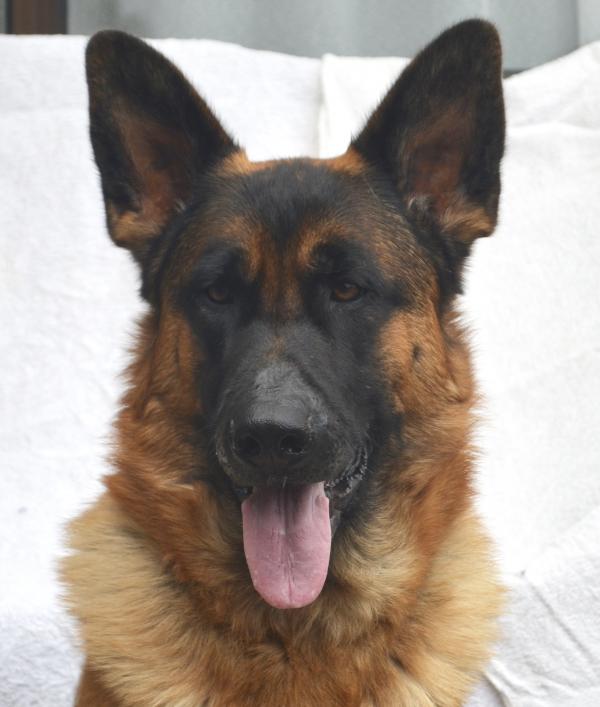 Unfortunately Jed passed away in 2020 after a minor op went wrong. However I have Jeds semen in storage some of which could be available to selected bitches

Jethro's sire is from a working line kennel.  He was very high energy and enthusiastic about everything. He had been in training as a drug detection dog. 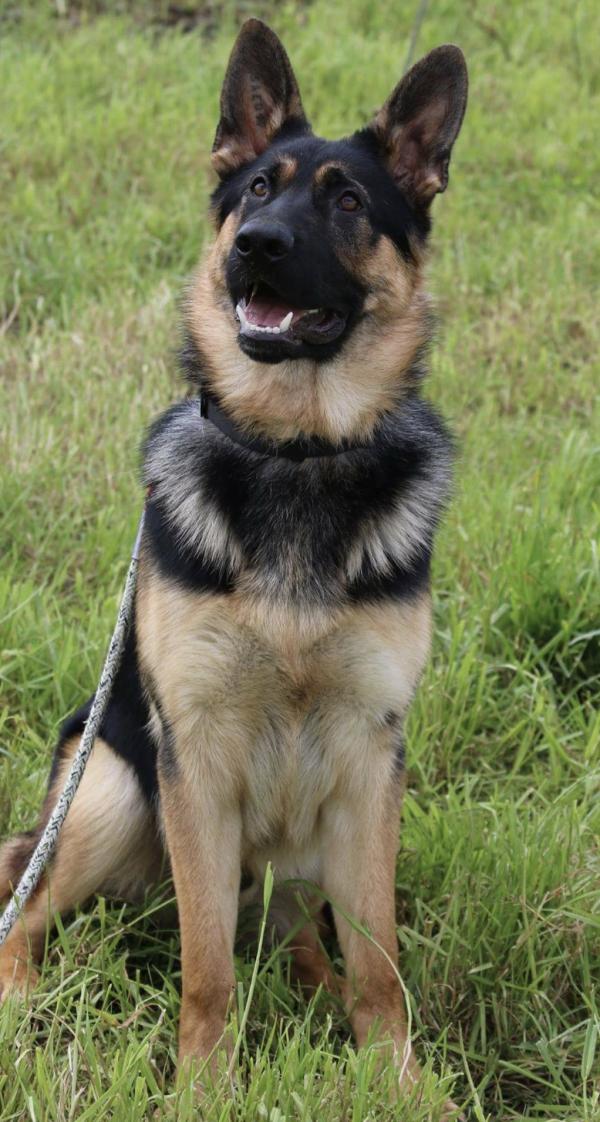 Quite Dynamic of Sarelle

Seamus lives locally and is available for stud to approved bitches.

He has a wonderful nature and a strong personality 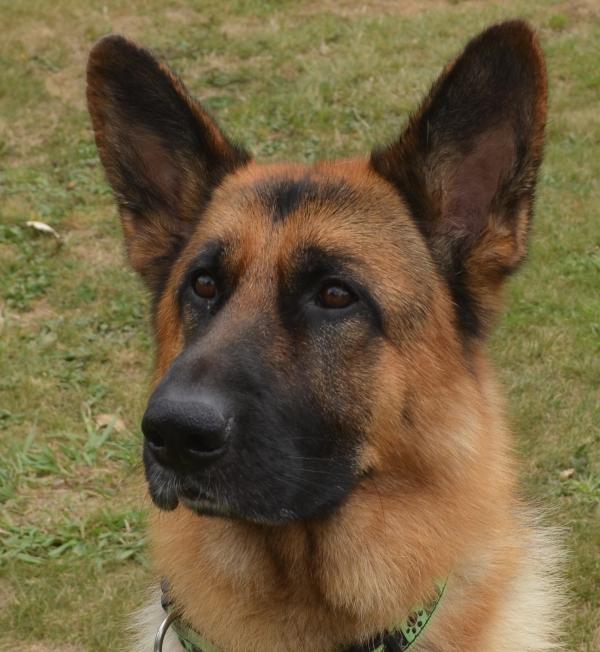 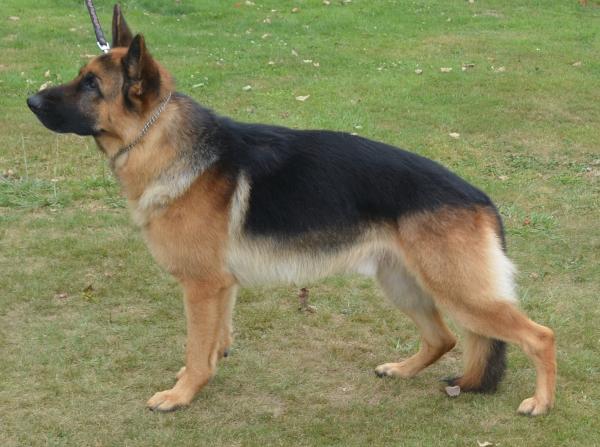 Ash is working very well, having won several Novice and Test A classes, won Top Central Region Novice dog for 2019 and gained his CDX and CGC Foundation and Bronze.

Ash has a loving, sound nature

He lives locally and is available at stud to approved bitches 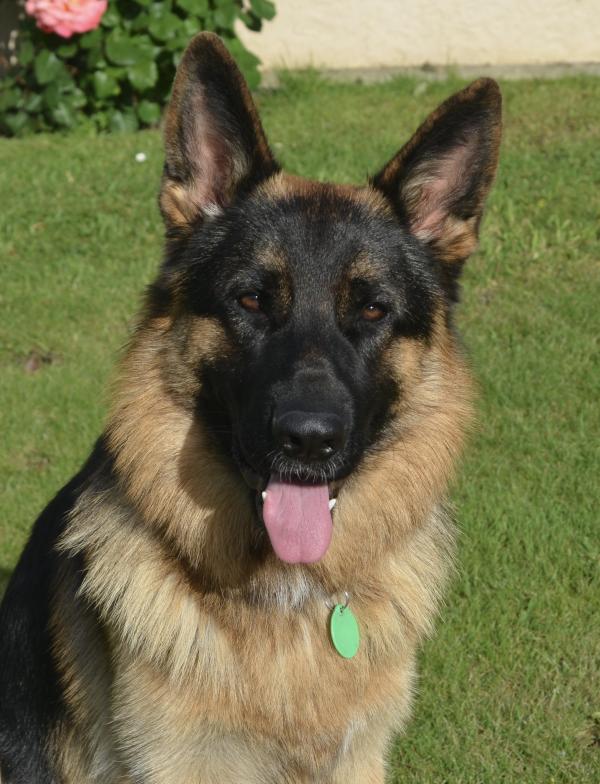