What Sarelle dogs are up to with their owners 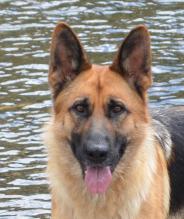 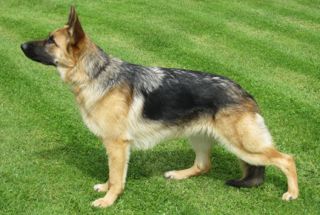 Hips 3:3 Elbows 0:1 DM Clear
Icon started her show career with a Baby Puppy of Group, then was not shown again until she took 2 Breed Challenges in one day.  She competed very well in obedience, qualifying to in Test C, having already won three Novice Championships, one with the loss of only 0.5 of a point, two Test A and four Test B. She represented Central Region in her class at the National Dog Obedience Assembly.  She has gained her CGCGold (Canine Good Citizen) title – this is a test of the dogs temperament and shows that the dog is calm and controlled around people, other dogs and distractions. At aged just 2 years and 10 days (have to be over 2 years to enter) she gained her UDX (a test of tracking, jumping and control, gaining highest qualifier and best track. She also achieved her RE (Rally-O Excellent title)and her CDX Gold.

In 2015 Icon gained two TDX qualifications in one weekend to achieve her WORKING TRIAL CHAMPION title. She gained one Obedience Challenge.

Icon has been spayed and lives in luxury with a friend.

Saffy is fostered out so lives as a much loved pet, but doesn't do any competitive work. She produced the R litter (sire Veneze Ricardo) which includes Rhythm N Rhyme and Raging Inferno and the U litter (sire Paighan Prince of Sarelle) which includes Ubee Mine who is gaining CC in the breed ring.